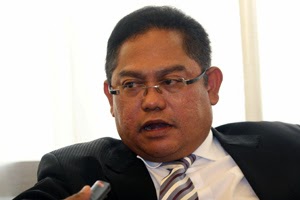 My Honest Opinion on #Selangor #UMNO

This past few months there has been a lot of talk regarding Selangor UMNO. It all started when the Prime Minister, Datuk Seri Haji Najib Tun Razak said that he was "disappointed" with the performance of Selangor UMNO in the past General Election and their performance post GE-13.

In fact, this blog had also written some unsavoury articles criticising both Selangor UMNO and Datuk Seri Noh Omar, who is the Selangor UMNO Chairman for their Inability to challenge and compete with the current state government of DAP-PKR-PAS.

To be honest we were dissapointed with Selangor UMNO as we thought and knew that they can perform much better than what they have been doing.

Nevertheless, this are all water under the bridge as we have now been given a clearer picture of what is actually happening in Selangor, in particularly Selangor UMNO.

In order for Selangor UMNO to perform to its maximum potential, division leaders have to give their full support to the state chairman, in this case Datuk Seri Noh Omar. A state chairman cannot function well if his subordinates are hell bend on sabotaging his plans and programs.

Kudos to Datuk Seri Noh Omar, even though he is facing various problems internally from the division leaders, he has not even once complained or sulk that all his plans for Selangor UMNO cannot be executed properly. This shows the true character of the man himself. Where even though faced with various obstacles he goes about doing his work without any complaints whatsoever.

I personally think that for Selangor UMNO to function to its true potential, Datuk Seri Noh Omar have to have his own team. A team that shares his vision and mission to capture Selangor back from DAP-PKR-PAS in the next General Election. He cannot be working with a group of people who does not support him. It will never work.

In addition, the grassroot leaders in Selangor UMNO have to quickly close rank and be as one rather than having camps all around the state.  Its no point that everybody is fighting for their own political survival but in the end the ones that are losing is Selangor UMNO as a whole.

Even now, UMNO leaders in the state assembly is being treated without dignity and respect by the current state government. Have we no shame on this? I really hope that  the state division leaders rally themselves and support the current state leadership under Datuk Seri Noh Omar rather than bickering with one another.

If they can't support Datuk Seri Noh Omar, then it is just right that the state chairman appoints a new team of people to support him in preparation for the next General Election which is about 39 months away. For Selangor UMNO, its time to move on and the time is NOW.